15th Annual AHSAA Kickoff Classic Set for Cramton Bowl Aug. 20-21
MONTGOMERY – Four high schools, including two teams coming off the best season in their schools’ history, officially kick off the 2020  high school football season Thursday and Friday at Cramton Bowl in the 2020 AHSAA Kickoff Classic hosted by the Alabama High School Athletic Directors & Coaches Association (AHSADCA).
Pike Road (11-1) faces Montgomery Catholic (12-1) in Thursday’s game, which kicks off at 7 p.m., from Cramton Bowl. Friday’s game pits two long-time rivals, Wetumpka (6-6) and Prattville (9-3) in a marquee battle of two of the state’s most storied football programs. Both games will be televised live over the AHSAA TV Network and livestreamed over the NFHS Network. WOTM TV will once again produce both games with Vince Earley serving as executive producer. WOTM TV has put together a strong network of cable affiliates across Alabama.
The head coaches gathered at the AHSAA Tuesday for the Kickoff Classic press conference, the first virtual press conference in the season-opening Kickoff Classic’s 15-year history. The press conference was broadcast live by WOTM and the NFHS Network and is archived for viewing at the following links:
https://www.nfhsnetwork.com/events/ahsaa/evtcda149a1b6

Pike Road Coach Patrick Browning came to the new school in 2016 – when his current 21 seniors were all seventh graders. He said he and his seniors have grown up together.
“I was hired in April of that year and have seen them faces every kind of challenge imaginable to get to where they are now,” he said. “That is one of the main reasons we are so excited about playing in this big event. We have been extremely blessed to be able to do what we have been able to do. We have great support from Pike Road, which is the fastest growing city in Alabama, and from our school administration.”
The Patriots, moving up to Class 5A this season, are beginning their third year as a high school competing in the AHSAA. The 2018 team reached the state playoffs and last year’s team went unbeaten in the regular season to win the 3A, Region 3 title, and finished 11-1 overall. Five players on the Patriots’ squad have already received Division I college scholarship offers, and junior running back Quinshon Judkins had more than 1,500 all-purpose yards as a junior and scored 30 touchdowns.
Montgomery Catholic Coach Aubrey Blackwell said he is looking forward to facing such an outstanding team as Pike Road – and is excited about returning to Cramton Bowl. The former Robert E. Lee grad played his high school games in the storied stadium.
“Cramton Bowl has always been a special place to me,” he said. “I am excited for our kids to have the opportunity to play there. We appreciate the invitation to play in the Kickoff Classic and are proud of what it means to our school.”
His senior class last season finished as the most successful class in Knights history. Catholic won the Class 4A, Region 2 last season and finished 12-1. The unbeaten regular season was the school’s first since 1979 and just the fourth in school history. “That class created a special culture in the classroom and on the field and have set a standard of some big shoes to fill.”
Three starters are back on offense and six on defense, including center Trent Taylor.  Defensive lineman Marcus Dees, team captain, anchors the defense along with junior linebacker T.J. Dudley and junior defensive back Kylon Griffin.
Dealing with all we have had to face in the off-season, we are just happy and excited about being able to play.”
Class 7A Prattville, coached by Caleb Ross, has seen his Lions improve rapidly over the last two seasons. Last year’s team finished 9-3 and posted the school’s first playoff win since 2014. Prattville dominated the large school competition from 2006 to 2011 – winning three state titles in a row from 2006-2008 with Ross as an assistant coach.

“This is a great event to be able to showcase your team on a big stage like Cramton Bowl,” he said. “We are thankful, first of all, to just have an opportunity to play. We had a great summer and were having a great spring when we got shut down. We had to scramble, but when they got back, it reminded us all of why we do this.”
Alabama commit and linebacker Ian Jackson is one of many college prospects on this year’s Lions team. “These kids have done everything we have asked them to do,” Ross said “You set high expectations day one and never back down from it. We started seeing flashes last year, and the expectations are now taking hold.”
Wetumpka head coach Tim Perry has seen and done a lot in his 40 years as a high school coach, but he said dealing with “zoom workouts is something I just never expected us to have to deal with.”
The Indians finished 6-6 last season after reaching the 6A state finals in 2017 and the semifinals in 2018. Wetumpka has won 30 games over the last three years.
“This is my 40th year overall and my ninth at Wetumpka,” he said. “Coaching is the greatest occupation in the world. That thought has been reinforced during the last several months. I am grateful to Mr. (Steve) Savarese for staying the course and providing the direction so our kids could have the opportunity to participate this year. These young men will have these great memories for the rest of their lives.”
Like Catholic’s Class of 2020, Wetumpka’s recently graduated seniors were the most successful in WHS history. “We like to talk about passing the baton and building a legacy,” Perry said. “This is the first class that has had to contend with this pandemic. We had zoom workouts three days a week and averaged 50 to 60 players participating each time. I am already proud of the kind of young men they are becoming.”
Several key players are back including three-year starter at center Ben Barker. Quarterback Brandon Bowman and defensive end Myles Ross are also among strong core leaders returning. 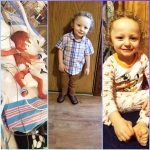 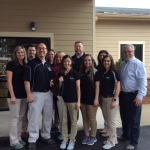