“I am excited to announce the coaching staff for the 2020 Alabama-Mississippi All-Star Game,” said Lee.  “This an outstanding group of coaches, and a great group of men. The players selected will be fortunate to have the opportunity to be instructed by such a talented group of terrific role models.”

Steve Mask will have his son Brett coaching in the game with him. “We are delighted to announce the first ever father-son coaching tandem in our game’s 34-year history,” added Lee. “I want to thank them ahead of time for all the work I know they will do to prepare for this game.”

Benefield, who will coach the All-Star defensive line, is the dean of the coaching with a 297-53 coaching record in 29 seasons – 25 at Fyffe. He has led the Red Devils to four state titles,   including three Class 2A championships in the last three years. Etheredge, who coached Oxford (14-1) to the Class 6A state title last season in his first year at the helm, is one of only a handful of coaches in the AHSAA to claim five state crowns. He guided Leeds to four state championships and is 139-50 in 15 seasons as a head coach. He will coach linebackers in addition to his defensive coordinator duties.

Carter, 127-77 in 19 seasons, has led Fairhope to three straight Class 7A playoff appearances in five seasons. He guided Auburn to the Class 6A state championship game in 2009. In addition to his OC duties, he will coach quarterbacks in the all-star clash. Holly, who is 44-33 in seven seasons as a head coach, is 39-18 in five years at Blount. He will coach defensive backs, and LeBeaux, the son of Auburn and New Orleans Saints legend, the late Frank Warren, will coach wide receivers. He guided Pleasant Grove to a 13-2 season and the 5A state finals last season and is 22-5 in his two years as head coach. Perry, who has had head-coaching stints at Lee-Montgomery and St. Paul’s, is 62-29 at Saint James and 127-61 overall in 17 years as a head coach.  He spent 10 years on the football staff at Auburn University. He will coach running backs and handle special teams. Sullivan, a member of the St. Paul’s coaching staff, will handle all scout duties.


Alabama, which holds a 22-11 lead in the series, lost to Mississippi 17-16 in overtime last year at Hattiesburg (MS). Alabama, also holds a 4-1 edge in overtime games and is 22-8 in games played in Alabama. The last Alabama victory came in 2016 at Cramton Bowl 25-14.
ALABAMA-MISSISSIPPI ALL-STAR GAME HISTORY

Encore Sports Medicine is the Official Sports Medicine Provider for the
Alabama High School Athletic Association as well as numerous colleges, universities, and high schools across Alabama, Mississippi, and Tennessee.
We LOVE to see you move!
For more information on how Encore Sports Medicine
may help your school, please contact Gary Barfield at 404-933-4336.

AHSAA Summer Conference and Coaching School to be a Virtual Conference July 13-18, 2020 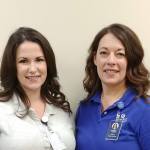 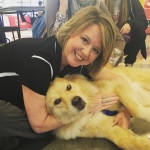